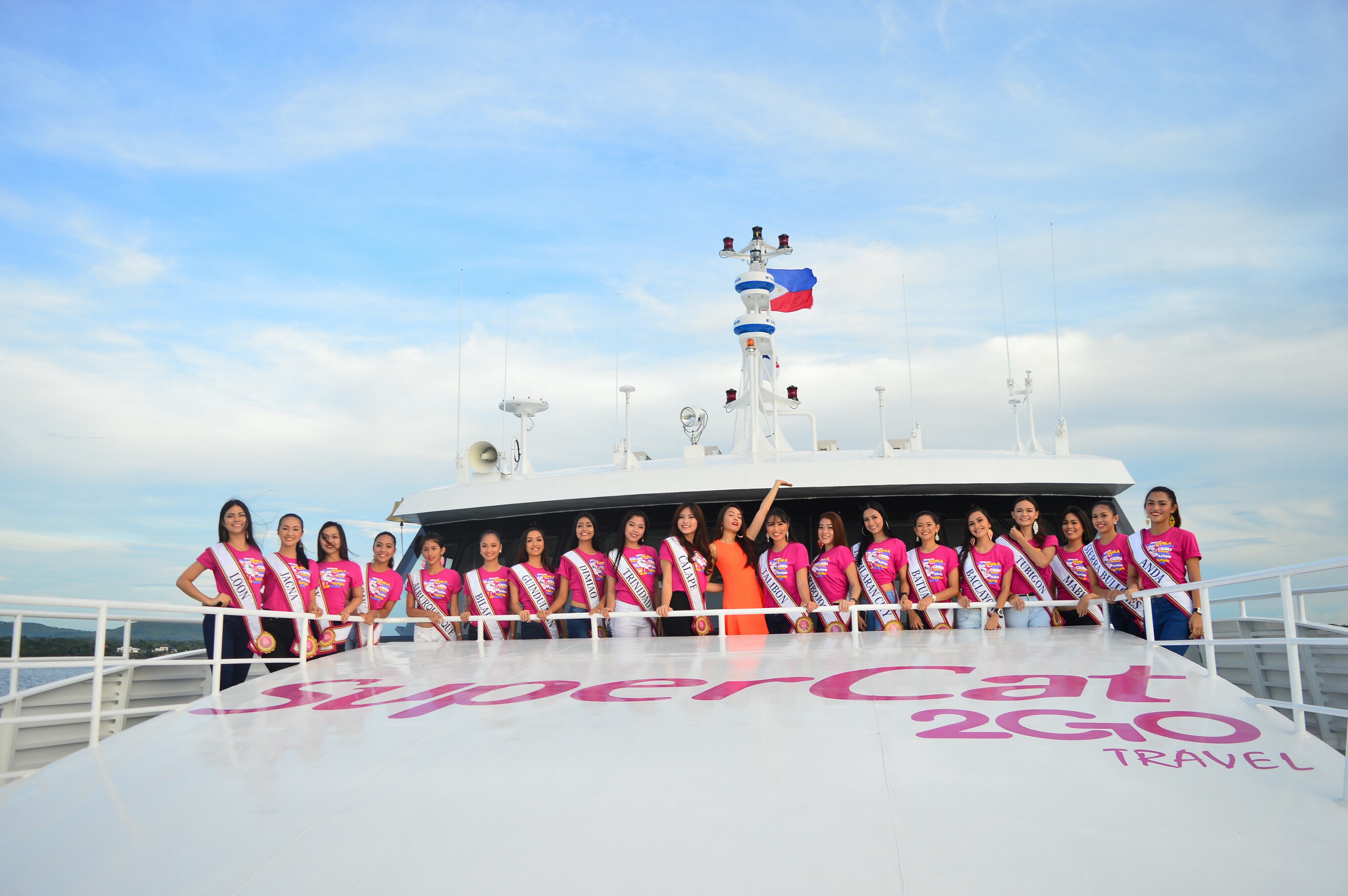 It was in 2014 when I joined a team to Romblon (READ: The Journey to Romblon Island) aboard a 2GO, the largest shipping and logistics company in the Philippines. I was quite surprised because the interiors were far from the ships I had boarded when I used to travel to and from Manila and my hometown in Bacolod during the 90’s. Now, sea travel is more relaxed, with many amenities, some of which can be compared to those in a hotel.

Since I moved back to the Visayas during that year, I have frequented the seas, as I explored the many destinations within my region. Visayas is sandwiched between Luzon and Mindanao, the two largest islands and two of the major island groups in the country. Visayas, on the other hand, has more small islands scattered throughout its seas and getting from one province or political region can entail a combination of land and sea travel, which is unlike Luzon and Mindanao. Given this, I have come to enjoy traveling by taking the bus or car and be ferried to the islands of Panay, Cebu, Siquijor and the Camotes group (READ: First-time in Camotes Islands).

When we were heading to Camotes, Bohol loomed on one side while Leyte was visible at the other. I have been to both provinces, but I am hoping to revisit these places in the near future. Well, I think I got my prayers answered as 2GO launches its new SuperCat fast ferries that will ply the routes of Cebu to Tagbilaran, Bohol and Cebu to Ormoc, Leyte. This piece of good news was shared to me by 2GO and is inviting me to try their Cebu-Tagbilaran voyage (I’ll share about it once I get the opportunity to experience their new vessel).

For the Cebu-Tagbilaran route, 2GO is adding to its SuperCat fleet the M/V St. Sariel, which is a 300-seater passenger fast ferry equipped with navigational controls which are state-of-the-art, word-class and high-tech navigate-by-wire and touch system. Tagbilaran City Mayor John Geesnell “Baba” Yap led the ribbon-cutting ceremony during the vessel’s launch event.

The ladies with 2GO SuperCat officials. Behind them is M/V St. Sariel.

It’s sister fast ferry, M/V St. Camael, officially sailed from Cebu to Ormoc for its maiden voyage after the grand launch at Cebu’s Pier 4. Present during the event was Cebu City Vice Mayor Edgardo Labella and 2GO Travel and SuperCat executives. Philippine King of RnB and TV personality JayR, who was the voice behind SuperCat’s official jingle “Zoom to the Islands”, also graced the occasion. M/V St. Camael cruised along the coast of Cebu, providing the guests with the amazing skyline of the “Queen City of the South”.

RnB singer JayR entertained the guests during the launch of M/V St. Camael.

JayR with 2GO officials and VIP guests (3rd from left) offered a toast.

SuperCat General Manager Lito M. Salvio said that the “two new vessels are Australian-designed and 100% Philippine-made” as they were constructed by Filipino engineers. According to Salvio, the two fast crafts that are running at 2 knots are regarded as Bureau Veritas-class vessels, wherein they were constructed based on the strict international standards set by the Bureau Veritas classification society. Austal, a global shipbuilder that has been around for over 25 years, built M/V St. Sariel and M/V St. Camael. This international company constructs the highest quality ships, navigational systems and support for the world’s leading operators. In other hand, Salvio assures us that these two new fast crafts are of best quality.

Speaking of quality, the premier fastcraft of 2GO was recently recognized in Thailand with the award of Asia’s Most Trusted Brand as well as the Excellence award by the Global Trade Leaders Club in Madrid, Spain.

With these new additions in the 2GO SuperCat fleet, it now has eight vessels that serve the ports of Bacolod, Batangas, Calapan, Cebu, Iloilo, Ormoc and Tagbilaran. It means more opportunity for me to travel to these places. Yes, I’m so ready 2GO and I’m excited to revisit Tagbilaran as well as experience Ormoc for the first time.

Are you ready 2GO to various parts of the country aboard SuperCat? Hashtag your social media posts.