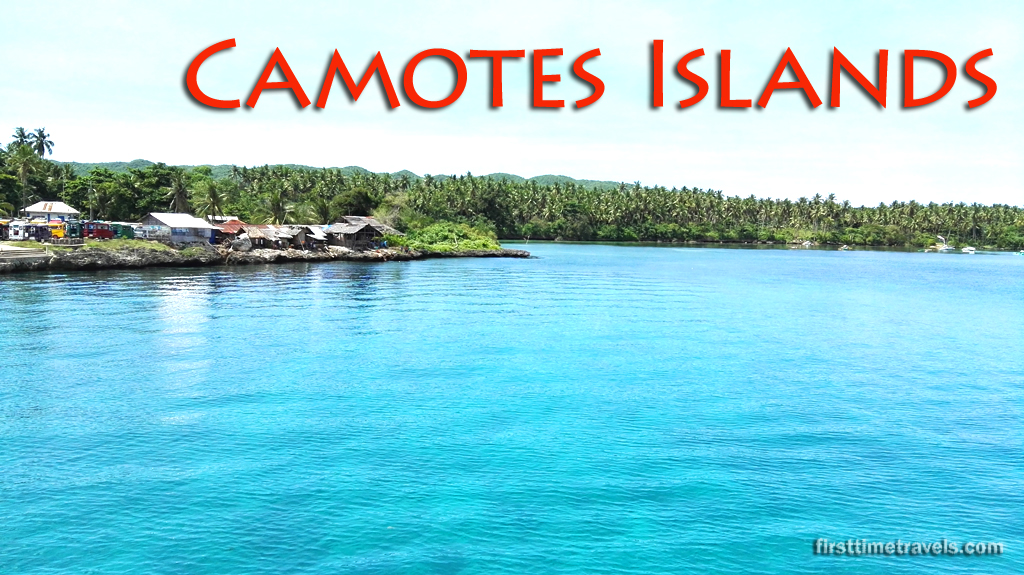 After traveling last year to Siquijor once and to Cebu twice by bus, it seems that I’m getting a hang with traveling by land and crossing seas by barge as we once again embark to a trip to Camotes Islands. In hindsight, I went home all the way to Bacolod City (after living in Manila for two decades) by car, so hitting the road and getting from island to island seems to be a more common way for me of exploring other parts of the Philippines.

In fact, I opened 2017 with a trip to the neighboring island of Panay, exploring the southern part of Iloilo province and Antique, then onward to Mararison Island. That time, I traveled with my fellow Negros bloggers Maricar Dabao and Jojo Vito.

For this year’s summer trip (by the way, summer in the Philippines falls from March to May, when it’s hottest), I once again teamed up with them with a new person on board, Mr. E, who is an events specialist in Bacolod, for a trip to Camotes Islands.

Camotes, as it is more popularly called, is located at the eastern part of Cebu island and is still under the jurisdiction of the Cebu province. It refers to the group of three islands in the Camotes Sea – Pacijan, Poro and Ponson. The first two are separated only for a few meters by a mangrove forest.

To get there, travelers can fly to Cebu City and then take a bus to Danao City where they can hop on to a ferry towards Camotes. For our part, since we are from Bacolod City, our route was a bit different. And since Bacolod is in Negros Island, which is just across Cebu Island, we decided to take the bus and travel by land and sea to get there.

Camotes as seen from the barge. The blue waters are just so inviting.

Since Maricar is already based in Cebu City, I, along with Jojo and Mr. E, took a Ceres bus from Bacolod to Cebu City. At first ,we were a bit confused which terminal we should go so we decided to check first the Ceres bus terminal in Lopez Jaena at 8am so that if the schedule is not to our liking, we can just proceed to the north terminal in Bata as we were targeting the 10am schedule to Cebu City.

I arrived at the terminal first and I immediately went to make inquiries. A line of passengers that will buy tickets to Cebu via Don Salvador Benedicto (DSB)-San Carlos-Toledo was already forming so I got behind. The man in front of me saw me taking photos of the schedule so he handed me a paper of the schedule he got from the Bata terminal. Here are the schedules:

*Schedules are subject to change without prior notice.

*Schedules are subject to change without prior notice.

The Ceres bus went through DSB to San Carlos where we took the barge, called the RORO (short for roll-on roll-off), and sailed to Toledo City. After traversing through the winding roads at the mountains of Cebu and getting to Naga City, traffic jams started to build up until we got to Cebu City.

These are the schedules I got at the terminal. The one at the left is displayed in Lopez Jaena. The one at the right is the paper given to me by one of the passengers that he said he got at Bata.

These are the bus schedules posted at the Cebu North Terminal.

The barge has a section with double deck sleepers.

There are also seats available for other passengers.

As we arrived in Cebu City and met with Maricar, we proceeded to the Fiesta Minore Food Park for dinner. The ambiance was festive, with so many food stalls to choose from. Dining al fresco had a local feel. And the nice thing about the food park is that the surroundings are clean and well-lit.

Right after dinner, we walked to the nearby Landers Superstore. The store has mostly imported goods and we bought lots of food for our Camotes adventure.

The food park at the Fiesta Minore.

The Queue to Camotes

We left Cebu City at 3:00am so we could be in Danao City in an hour. Although there was no traffic, we had to make a U-turn and a detour because we took the road towards the bridge to Lilo-an, which was closed at that time. We then  drove through the length of Yati Road that eventually led us to the highway.

These are the barge schedules and rates. The one at the left is the one for the San Carlos port in Negros Occidental, for barges plying to Toledo, Cebu. The one at the right is the schedule from Danao City to Consuelo, Camotes Islands.

Our target departure from Danao port was the first RORO trip, which was at 5:30am. A lengthy queue of both passengers and vehicles were already at the port as we got there. But as we got to the ticketing window, we were informed that we could take the next trip for vehicles, which was at 8:30am. Since the boat ride would take two hours of travel, we expected to arrive in Camotes at 10:30am, almost half a day gone from our itinerary.

We had no choice but to wait. And we did as we had breakfast at the fast food store right at the port. We also lingered a bit at the Sto. Tomas de Villanueva Parish Church, a heritage structure across the Danao Port.

The long queue of passengers and vehicle owners/drivers.

The Danao port. Vehicles were building up at the gate.

If you are traveling on your own and you want to go around Pacijan Island, where the municipality of San Francisco and the barangays of Consuelo and Santiago, among many others, are located, extending to Poro Island, where the towns of Poro and Tudela are found, you can avail of the many public transports at the Consuelo port. There’s a habal-habal, which is just motorcycle (good for up to two passengers), tricycle, and a multicab jeep.

We drove around Camotes Island, which was more convenient.

You can rent a motorcycle/habal-habal or a tricycle.

If you are a group, you can also rent a multicab jeep in Camotes Island.

We met these two drivers at the port. They offer tour services to visitors.

Here are some fare rates in Camotes.

These are some attractions that drivers offer for their tour services.

Since Maricar brought her vehicle to Camotes, it was easy to go around from one spot to another. We got the services of Mr. Alrie Bonjoc, the friend of the owner of Masamayor Beach House and Resort where we stayed in the island. He refused to name his rate, since locals are shy to demand their price, but we insisted that he give us his minimum charge, which was P300. He accompanied us in the car and gave directions to the various destinations we visited.

We went to the caves of Paraiso, Timubo and Bukilat, to Lake Danao, and to Buho Rock. The day after, we went on our own to Mangodlong Rock and Santiago Bay Resort, which I will describe in detail in my succeeding posts.

2 thoughts on “First-time in Camotes Islands”