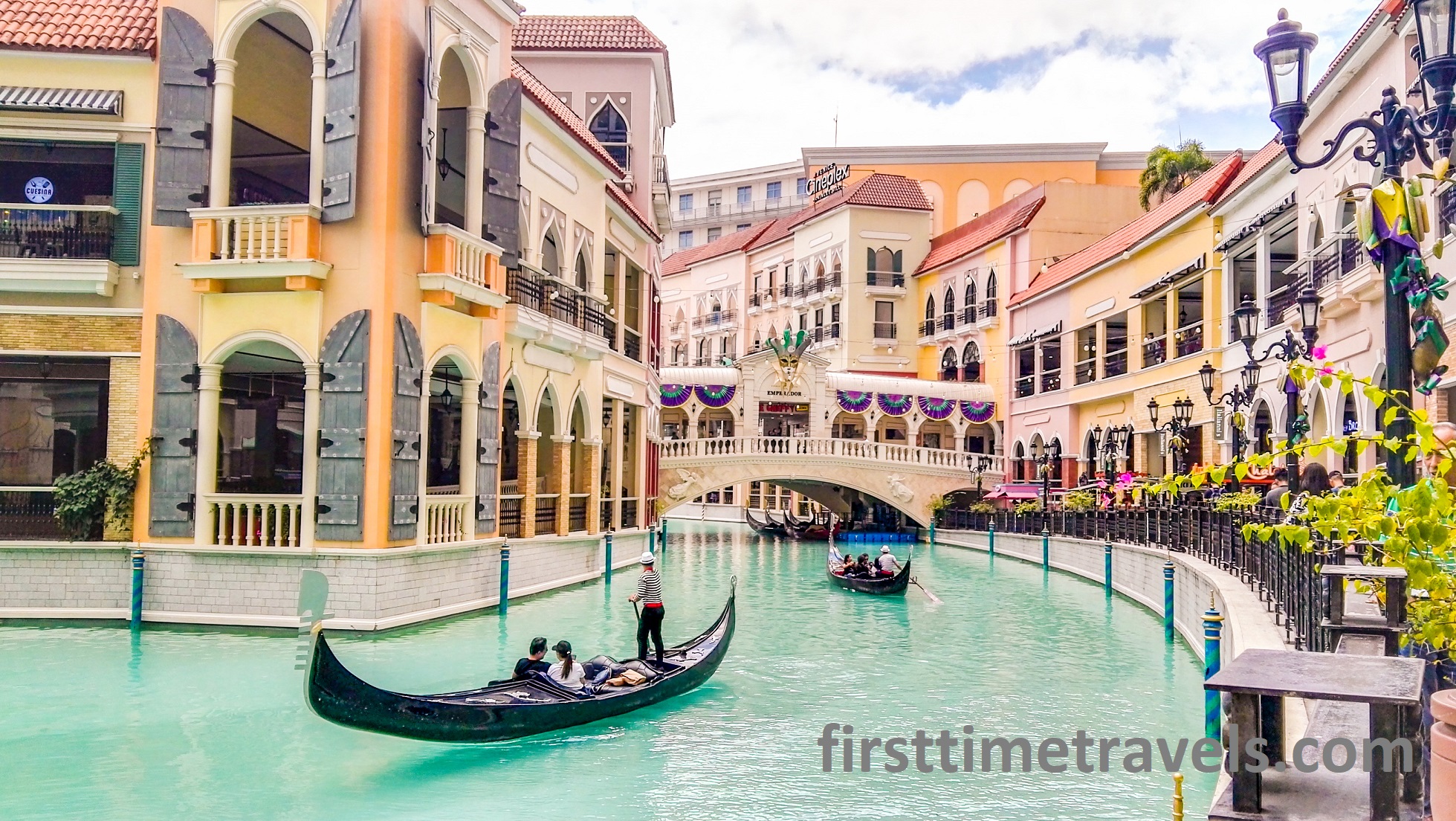 After living in Metro Manila for two decades, I have never spent more than 72 hours straight in the capital. My succeeding trips to Manila after moving back to the province were usually to catch an international flight. This time, I had to process some documents and had the rest of the days to meet up with friends. I also timed my trip with my sister’s schedule, who already booked her flight and hotel in Manila before my unplanned trip came about.

I had the opportunity to meet up with former colleagues, friends from my Catholic community, and high school buddies. Moreover, I got to spend some fun time with my sister while getting a taste of the global vibe around the metro. For a few years, a lot of development has happened, with the heavy traffic as the side effect of such a growing urban landscape. In my recent trip, I had a quick brush with something Chinese, Venetian, Canadian, French, and Italian that blended well in the Filipino energy of the metropolis.

What used to be idle land, filled with empty lots and grasses is now a modern section of Taguig City where high-rise buildings dominate the surroundings. Everything looked unfamiliar and I found myself seeking refuge at the Uptown Mall to orient myself of the directions. Uptown Bonifacio reminded me of the modern cities I have visited abroad where towering skyscrapers fill the cityscape.

If you are looking for delectable Xiao Long Bao and Chinese cuisine at value-for-money and with great ambiance, then Paradise Dynasty is your best bet. Located on the second floor of Maison in Conrad Manila. Another restaurant is available at The Podium. Dining in Paradise Dynasty is like stepping into Imperial China.

I have visited other malls abroad that have a touch of Venice but what makes Venice Garden Canal in McKinley Hill, Taguig more interesting is that you can see the blue skies when you ride the gondola along the canal. There’s an indoor-outdoor feel that makes malling a bit refreshing. You can choose to enjoy the sun outside with the magnificent view of the blue-green canal or take refuge inside the air-conditioned buildings and choose from the many brands of shops, restaurants and services available.

Have a sip of Canadian flavor at Tim Hortons, which has a long history of coffee-making in Canada, and came to the Philippines in 2017. There are now 19 stores in the country, serving their signature hot and iced coffee menus, breakfast offerings, lunch sandwiches, wedges and dips, doughnuts and timbits, and baked goods.

Sofitel, the symbol of French elegance in luxury hospitality around the world, has its flagship restaurant in Manila, Spiral, which has 21 dining ateliers. The buffet is a feast and my sister wanted to try it herself. You can get overwhelmed by the rich selection of food at Spiral, with great ambiance and the view of the pool by the bay.

The Spiral at Sofitel.

It was an Italian dinner for us as we had some minestrone, salad and pasta. This restaurant is located on the second floor of Maison in Conrad Manila, where it has an overlooking view of the bay. Too bad we were so full that night that we could only eat so much. The waiter must have been worried that we didn’t finish our food and had the rest taken home. But we also had something before our dinner. Lesson learned, prepare your tummies when you go to Rossini so you can eat as much as you want.

Rufo’s and Tryp by Wyndham

The trip won’t be complete without a taste of something Pinoy. We stayed at Tryp Hotel by Wyndham which has some artistic touch of Filipino symbols. It’s at One Esplanade, within the MOA Complex, overlooking Manila Bay. But I felt I needed to have a Pinoy taste that is not found in our hometown. Among the eatery brands near our hotel that stood out for me is Rufo’s, which traces its origins in a small spot along Kalayaan Avenue in Makati. We used to dine in this simple, cozy place until development filled its original location and they had to move somewhere else. Now, Rufo’s has many branches all over the metropolis, marked by its signature beef tapa flavor.

It was a short sweet stay in Metro Manila, but I was able to revisit something familiar and taste new gustatory delights.