A colorful Welcome to Bacolod at the Northill Gateway 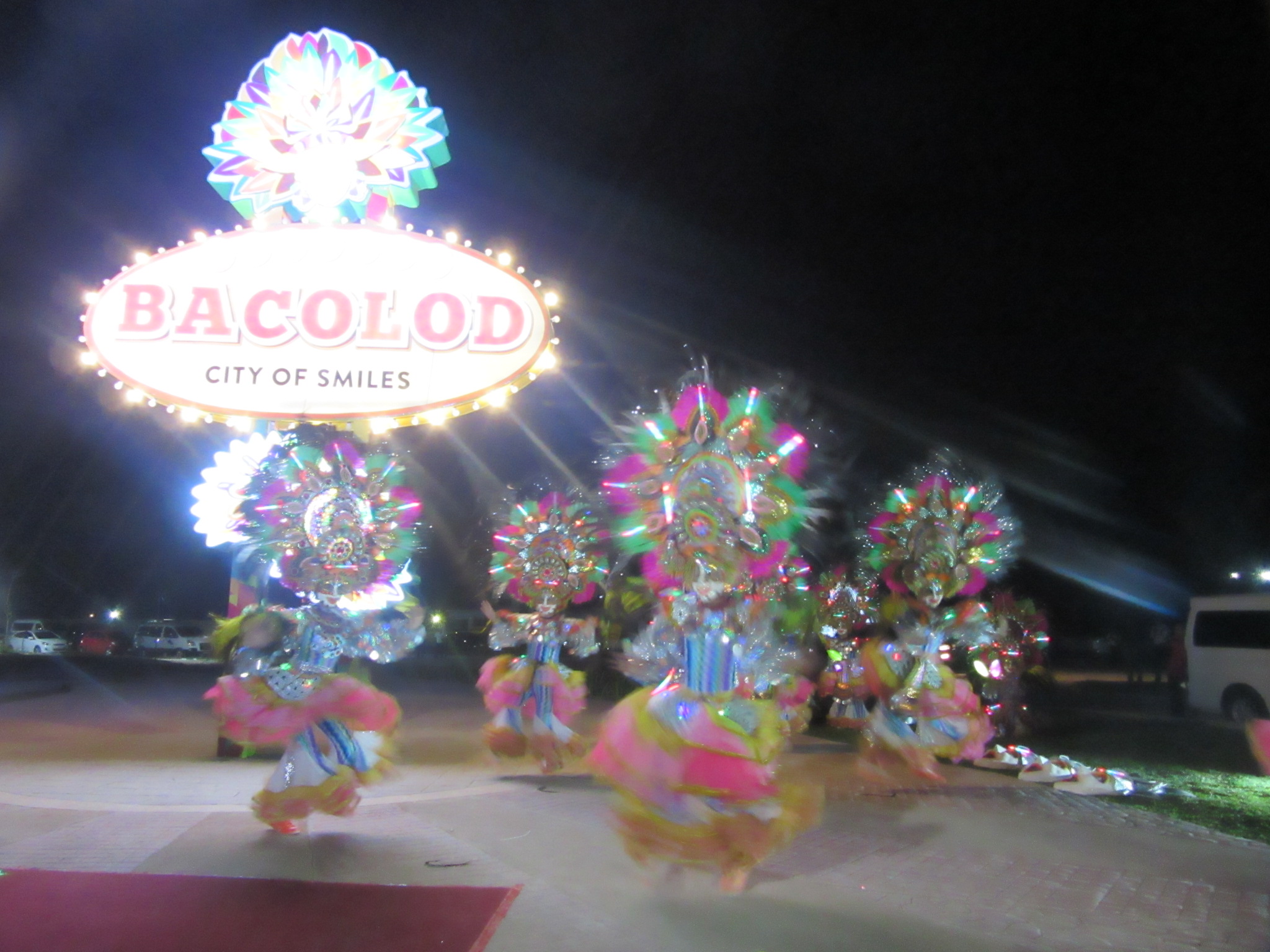 Upon touchdown at the Bacolod-Silay Airport in Negros Occidental, Philippines and drive through the Bacolod-Silay Airport Access Road, you’ll zoom through the boundaries of Silay City, Talisay City towards Bacolod City. Now, you’ll know that you are entering the borders of Bacolod, the City of Smiles, because of the colorful Las Vegas-inspired marker at the 7.5-hectare Northill Town Center in Megaworld’s 53-hectare Northill Gateway township.

The 7.2-meter ‘Welcome Marker’ greets both incoming and outgoing visitors of the city. Its design features vibrant masks which are illuminated at night, symbolic of Bacolod’s very own world-renowned MassKara Festival. Megaworld invited me to the ceremonial lighting and inauguration of the Bacolod Welcome Marker, and I was happy to see my former colleague and friend Harold Geronimo, Megaworld Senior Assistant Vice President and Public Relations & Media Affairs Head, who led the contingent of Megaworld officials. The lighting was spearheaded by Bacolod City Mayor Evelio Leonardia.

It will be a bustling area surrounding the Welcome Marker as a visual representation of the Bacolod Government Center, the seat of the local city government will soon rise here, and will be part of the Northill Town Center. The Welcome Park will allow visitors to have access to cafes, restaurants, retail stores and souvenir shops that will be found within the commercial complex. Add to that the beautiful scenery of the mountains at the backdrop.

The mountains create a beautiful backdrop.

People arriving in Bacolod will also get to enjoy the Northill Town Center as it is part of the plan to build a church, open parks, cinemas and supermarket. Moreover, it will be closely accessible to Megaworld’s first upscale residential village in the whole of Visayas and Mindanao, the Forbes Hill.

Visitors entering and leaving Bacolod through the Bacolod-Silay Airport Access Road will never miss this marker.

Development in Bacolod is at an accelerated growth, and there are more to expect in the years to come. If you want to explore the city, this First-time Travel Guide can help you. A few days in Bacolod can allow enjoying the city and its neighboring cities, wherein you can refer to this five-day itinerary.

I cannot help but wonder how the Bacolod Welcome Marker will someday become a postcard picture of the city, as inspired by stories of global iconic signages, such as that of Las Vegas, Hollywood, Route 66, and Penny Lane, to name a few. Definitely, Bacolod residents, Negrenses and visitors to Negros Occidental has something to look forward with the establishment of Northill Town Center.