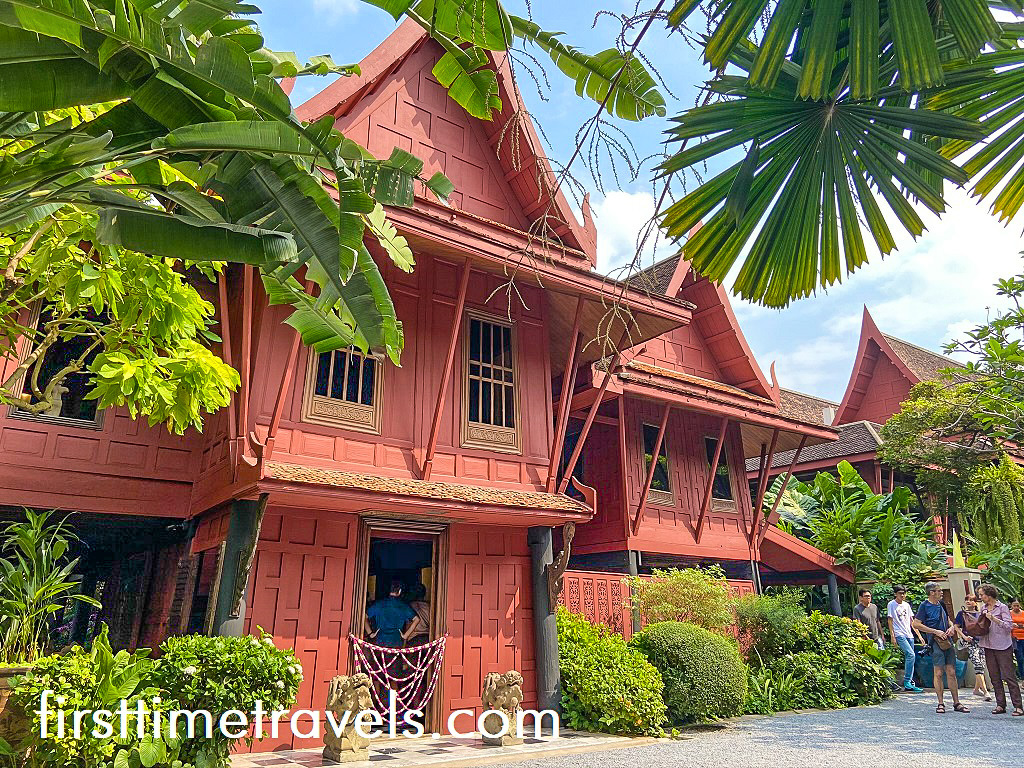 “Welcome to the Jim Thompson House,” our lovely Thai guide said in her deep British accent voice. This tourist destination was a place I wanted to visit during my recent Thailand trip because it sounded new to my ears. I’ve seen it listed in many must-visit lists when in Bangkok and it surely piqued my interest. It’s not the usual temple, but it has played an important history among the Thais. How it did was something I was bent on finding out.

Who is Jim Thompson?

Often dubbed as the “Thai silk king”, James Harrison Wilson “Jim” Thompson was an American entrepreneur that helped revive the Thai silk industry during the 1950s and 1960s. He was born in Greenville, Delaware in the US and then practised architecture before he served in the US Army during World War II. Later, he was sent to Europe then later to Asia, particularly to Thailand, but Japan surrendered and ended the war before he got to his destination.

He still served as a military officer in Bangkok after the war and came to love Thailand. When he left the army, he came back to the kingdom as a private individual and settled there. Eventually, he became interested in the long-neglected cottage industry of silk-weaving. It was then that he devoted himself to help revitalize the craft. As a talented designer himself and with his gift in textile coloring, Thompson has done well that helped grow the industry and gain popularity for the Thai silk globally.

As an art lover and collector, he built a house where his treasures can be sheltered. In 1967, he disappeared in the Cameron Highlands in Malaysia, which remains as a mystery till this day. His famous house in Thailand was later operated by The James H. W. Thompson Foundation, which is under the royal patronage of H.R.H. Princess Maha Chakri Sirindhorn.

How to get to the Jim Thompson House & Museum

We went to the Jim Thomson House & Museum by taking the metro. We dropped off at the BTS National Stadium station (Exit 1) and walked at Soi Kasemsan 2. It wasn’t a long walk, so you can choose to go there by metro. Other options are to take a cab or tuktuk going there.

About the Jim Thompson House & Museum

The house is open everyday from 9:00 am to 6:00 pm, even during public holidays. Guided tours are provided throughout the day in Thai, English, Japanese and French Chinese. Unaccompanied visits are not allowed in the house. Bags are also not permitted during the tour, but there’s a baggage counter where we were able to leave our items. Shoes and slippers are also not allowed inside the house and photography are off-limits to areas where such footwear are prohibited.

Admission fee is at THB 200 (around USD 6.34) for adult visitors. For those 10-22 years old or students, admission is THB 100 as long as they show their ID. Children under 10 years old that are accompanied by their parents or adult guardians are free of charge. No reservation is required to tour the premises.

Eventually, our guide called our group as the English tour was about to begin. First, she toured us at the lower area of the house. According to the flier that was given to us at the admission booth and reiterated by our guide, Thompson became even more popular when he built this house by combining six teak buildings, representing the best in traditional Thai architecture. The buildings, some of which came from the old capital of Ayutthaya, were about two centuries old that was dismantled and brought to the current site.

Thompson followed the customs of early builders when he erected his house as part of his quest for authenticity. The houses that were put together were elevated a full story above the ground as a precaution against flooding when the rainy season comes. The house is also beside a canal and a small pier is even found within the compound. The roof tiles were fired in Ayutthaya using a design that was common a long time ago but is now rarely used. The structure’s red paint on its exterior is a preservative that is commonly found on many old Thai buildings. Among the concessions to modern convenience are the chandeliers, as they came from 18th and 19th-century palaces in Bangkok.

Traditional religious rites and rituals were followed when the house was constructed. When astrologers decreed the house as auspicious, Thompson moved in on a spring day in 1959. The structure itself and the collections inside it gained the interest of many that he opened his home to the public for a fee. Proceeds were donated to Thai charities and projects that are geared towards the preservation of Thailand’s rich cultural heritage.

We finished our tour just around noontime that we decided to have lunch at the Jim Thompson Restaurant. This is different from the café located on the second floor also within the complex. The restaurant has an open-air area with a lotus pond beside it. We chose to be seated in their air-conditioned area. The interior of the restaurant is elegant with traditional Thai designs and furnishings. I sat at the length of their lounge-like seats with the windows behind me. Mural-like wallpapers almost similar to the murals in the Grand Palace were on the wall with giant fans placed by the windows. My sister was seated across me from the table while she was looking outside to the canal outside where boats could be heard traversing the length of the waterway.

My sister and I ordered Tom Yam Goong, an authentic Thai hot and sour soup with lemongrass, galangal, mushrooms, prawns and chillies. We also had a Gai Hor Bai Toey, which are marinated chicken wrapped in pandan leaves with sweet soy.

As we were enjoying our lunch, a man sat beside our table. He looked familiar and when I looked towards him, I realised he’s the husband of the well-known broadcast journalist, Karen Davila, who is my good friend’s sister. I’ve known their family and close friends, so when Karen, their kids and her friends entered the restaurant, I immediately greeted them. They have all helped us in various Habitat projects, so I was well-acquainted with them. It was totally unexpected, but it made me elated to see all of them.

After a few exchanges and chitchats, we bid them adieu as we headed to our next destination while they were still about to enjoy their lunch. It was a great way to end our Jim Thompson House experience, which made our Thailand trip even more memorable.

One thought on “First-time at the Jim Thompson House & Museum”