First-time in the Forbidden City and other Beijing Sights 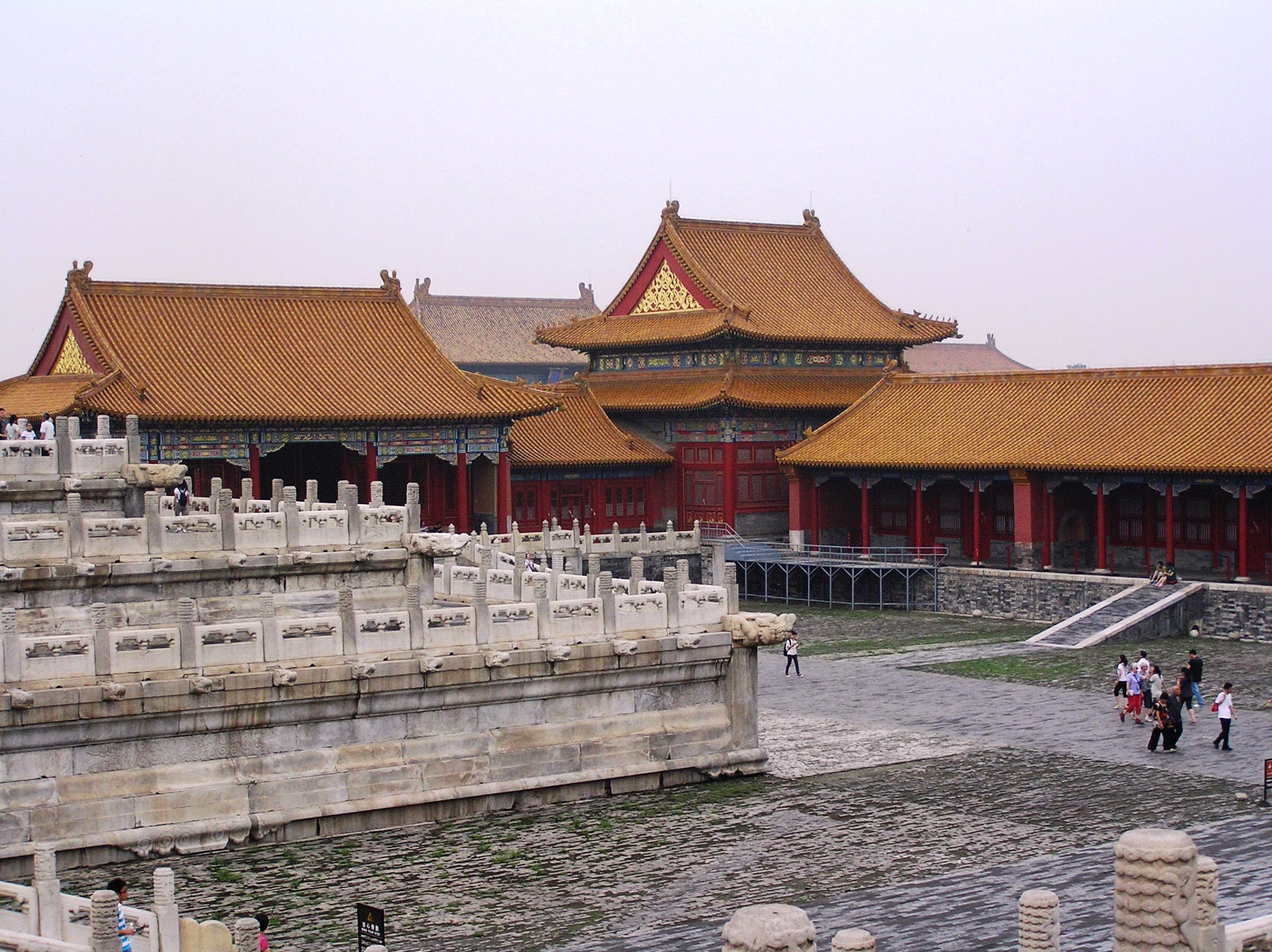 For someone visiting an important nation like China, it is a must to make a stop in its most essential city, its capital, Beijing.

Although our entry point and exit was Shanghai, we made sure that we can swing a trip to the capital. It was a long journey as we flew to Xi’an and then took a train to Beijing. We arrived in the morning after an overnight train ride (glad we took the soft sleeper!) that gave us enough sleep for an immediate tour of the city.

From the train station we went straight to our hostel, Zaoyuanju Hotel at Zhangwang Hutong. The hostel was located in an inconspicuous alley that seemed to be a part of the old city. We were a few blocks away from the Drum and Bell Tower and a few kilometers from the Forbidden City.

The hutong where our hotel is located. The yellow building at the right is our hotel.

Beijing’s layout was divided into rings with the Forbidden City as the center. We thought better to start our tour of the city at its very heart. From the hotel, the cab dropped us at the corner across the National Centre for the Performing Arts or better known as the National Grand Theater. It was shaped like yin and yang that provided a modern look in the ancient surroundings.

With the sky downcast, we were content to capture grayish photos of such beautiful landmark. A walk further and we found ourselves across the Tiananmen Square. The open space area was filled with people that we never attempted to explore the place. Immediately, we crossed the underpass towards the Tiananmen Gate.

Outside the wall, several tour groups had converged with guides of various languages talking on their megaphones. A large picture of Chairman Mao Zedong was displayed on the Tiananmen Gate facing the square. We entered the gate that led us to the outer courts of the Forbidden City.

We entered another gate until we reached the point where we had to purchase tickets to enter the Palace Museum There were two wings indicating that we were just outside the Meridian Gate. We fell in line and paid RMB60 each before we entered this UNESCO World Heritage site. You don’t need any guide, although there are audio guide rentals available by the gate. You can check the official site of the Forbidden City and download the map with descriptions. We brought a handy Beijing pocket guide and map that took us through this major landmark.

Beyond the Meridian Gate, we saw the beautiful landscape of the Inner Golden Water River which led to the Gate of Supreme Harmony. It was a long walk as we entered from one gate to another and from one hall to the next.

In the major halls, the throne of the Emperor was present. We couldn’t get close but could only take a peek from outside the hall. At the side entrances and hallways, there were exhibits of various palace collections including the items that the royal families used.

The last place we entered was the Imperial Garden. Despite the crowd, I could imagine its serene state when  it was only the emperor and his family who enjoyed its surroundings. Cypress trees stood everywhere, with some almost toppled down by time and wind. Chinese rulers and their families and trusted men truly lived a leisurely life inside the imperial grounds.

The other end of the Forbidden City led to the Jingshan Park with the artificial hill looming behind. It is said that no other building within the Forbidden City’s axis should stand taller than the imperial structures.

After our tour of the Forbidden City we went straight to Dazhalan for some dumplings and shopping. It was an old street market that was restored. Various hostels and inn were also housed in the area. True enough several backpackers could be seen traversing the entire length of this alley.

We were supposed to head to the Temple of Heaven but it stopped selling tickets by 4pm so we opted to proceed to the Olympic Village which was located at the fourth ring in the northern part of the city.

From historic and cultural Beijing, the Olympic Village was a breath of fresh air with its modern architecture. Being the recent site of the Olympic Games two years back, the venue was converted into a public park filled with locals and tourists wanting to have a glimpse of the Bird’s Nest and the Water Cube.

The Bird’s Nest at the Olympic village.

We waited for darkness to descend upon us until the Bird’s Nest was lighted with its red glow that brought a certain magic to the place. People there were flying kites, skateboarding, posing for pictures, and were doing several activities. The Water Cube came all blue with its protruding surface looking like bubbles.

We capped the day with a dinner at the famous Bianyifang Roast Duck Restaurant near the Olympic Village. It wasn’t easy to find and we had to ask the concierge at Pangu 7 Star Hotel for help, which they willingly lent.

There’s more about Beijing, especially found on the outer rings. But that’s another story to tell and write more about it in my next post.