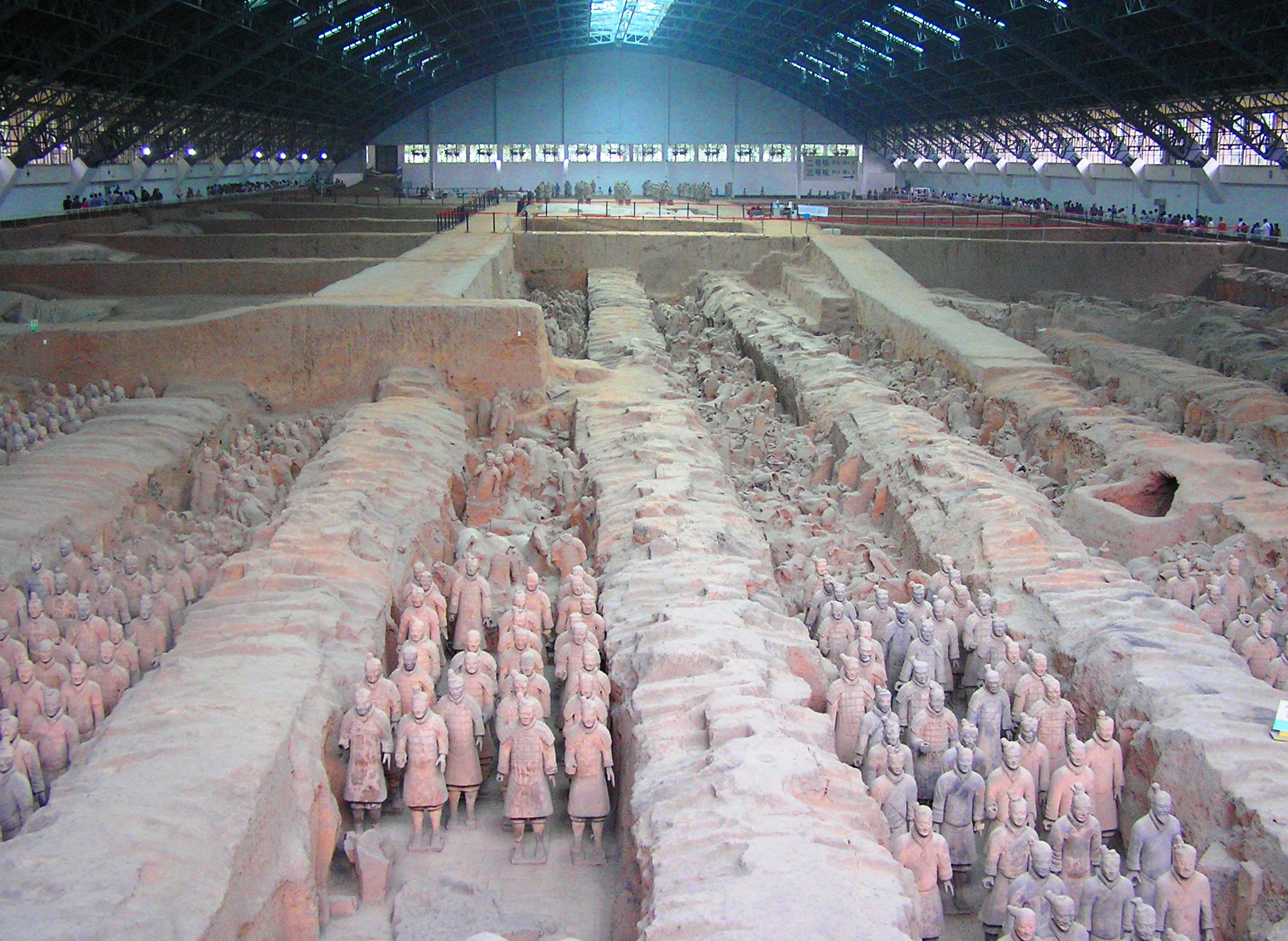 China is one of the oldest civilizations in the world. Xi’an is one of the early capitals of this great nation for several dynasties. The first emperor, Qin Shi Huang, was known as an effective general who later united the whole of China. He ruled in Xi’an. Apart from its glorious history, Xi’an was also an important part of the Silk Road.

But what shot Xi’an to fame in the present times was when a local farmer, Mr. Wang, and several others, accidentally discovered the Terracotta warriors in 1974.  I’ve seen the farmer who was stationed in one of the souvenir shops near the historic landmark, selling his books. Several world leaders and millions of tourists continue to flock to this site to witness firsthand the army created by Qin Shi Huang.

One of the landmarks I saw in Xi’an.

All these were narrated to us by Sarah, our local guide who picked us up at the Xi’an Xianyang International airport, as we flew in from Shanghai.

A friend told us that if we want to see China 1,000 years ago, we better head to Xi’an. Despite all the booking hassles we went through, we made it to this ancient Chinese capital. And speaking of ancient, we were expecting old buildings everywhere. Imagine our surprise when we found modern buildings, elevated highways, wide roads, and commercial establishments all over Xi’an.

Right after we arrived at the airport, we were taken to one of the Terracotta art factories and they showed us how they make life-size and miniature figures of the famed warriors. We learned the difference from the Emperor, to the general, to the officer, to the soldier, to the archer. At first glance, they all looked the same but a closer look reveals the ranks of each statue. The sculptures were placed inside a mold, and then they were baked on a large vat to make it more solid like cement.

Along the road, copies of the Terracotta warriors were displayed everywhere. Despite the cloudy and gloomy atmosphere in Xi’an, there were tons of tourists at the excavation site.

A relief model of the excavation site.

We went into Pit 1, the largest and the most popular of all the sites. The soldiers were arranged in a way that they were ready for battle. The images I only viewed in television, magazines, and the internet were already before my very eyes. The army was a mystery as no two soldiers looked alike. It was said that the first emperor had this created, along with several things, to be buried with him so he can bring them to the afterlife. The emperor’s tomb was a few miles from the Terracotta army site but it has not been accessible to the public due to its high level of mercury.

Half of Pit 1 was still under excavation and other Terracotta soldiers were still being pieced together. Pit 2 was where the leaning archer and a few other warriors were enclosed in a glass cage. Some of them reveal traces of paint, indicating that the statues were once painted. Pit 3 was the smaller one and had a few statues of the soldiers without the head.

One of the terra cotta warriors in a glass panel.

Unfortunately, the chariots were not on display when we went there because it was transported to Shanghai for the World Expo.

After having our fill of history at the site of the Terracotta army, we proceeded to downtown Xi’an towards the old city wall. We visited the eastern gate which has a small square inside. The wall was indeed formidable to protect the palace and dwelling place of the emperor. Modern Chinese architecture still prohibits any building to be taller than the gate within its axis.

The old wall in Xi’an.

The arrow tower, which seemed to be used by archers in olden times, has now been converted into a feng shui museum. The small rooms displayed photos of buildings that followed and violated certain feng shui principles. I never finished touring the building and preferred the open space length of the wall where tourists walk around or ride a bike.

Tourists bike on the old wall.

Finally, our Xi’an tour has ended. For a day, we were transported back in time of ancient China. It was time to bid Xi’an adieu as we headed to the present-day Chinese capital of Beijing.

One thought on “First-time in Xi’an”