Negros Forests and Ecological Foundation: Nature in the City 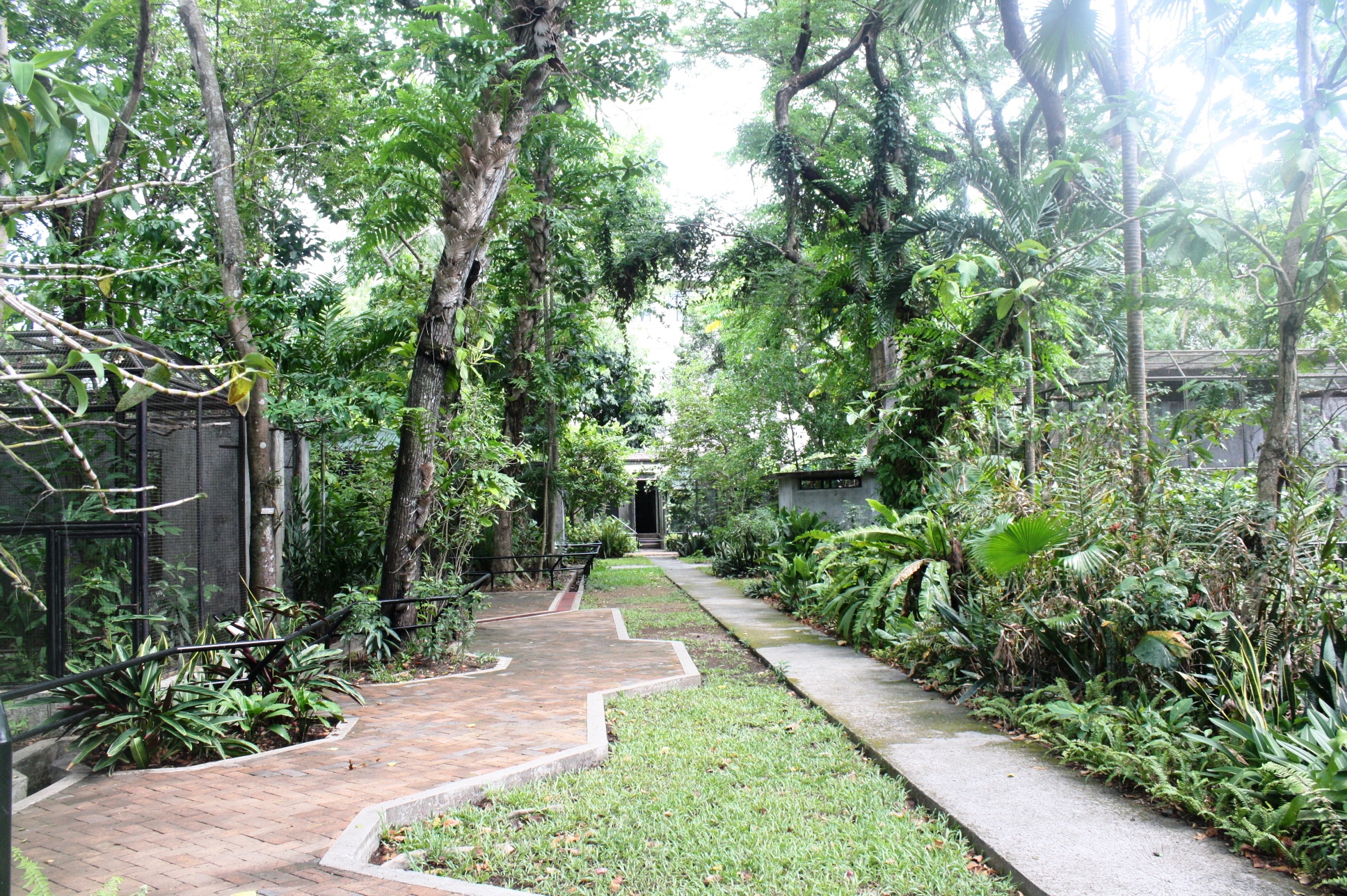 I’m entering my 12th month as a returning resident of my hometown, Bacolod City, in Negros Occidental, Philippines. I’m beginning to feel as if it’s a long-term travel. There are still more roads to take, more food to try (yup, yup!), and more leaves to turn as I continue to explore my own backyard. I have this gnawing feeling that time will come when I’ll once again leave the nest, so I take every opportunity to see what I need to see.

I never thought that right at the heart of Bacolod, a stone’s throw away from the Provincial Capitol Building and the Capitol Lagoon, lies a piece of nature – green, serene and with only the sounds of the animals that make music in the air.

There I was at the gate of the Negros Forests and Ecological Foundation, Inc. – Biodiversity Conservation Center (NFEFI-BCC) compound. A fellow Negros blogger relayed that the foundation has been asking for help in promoting their programs. When I arrived there, I felt that writing about their new programs is not just what NFEFI-BCC needs. As it provides a home to many endangered species, NFEFI-BCC seems to be also in dire need of a decent home, a renovation of its office structure. But that’s another matter. And surely, every bit of assistance and support from all sectors of society will go a long way (funding is, I think, foremost).

Nevertheless, as I walked around the compound I’ve seen several species, such as the Visayan Spotted Deer, the Visayan Warty Pig, Philippine Hawk-eagle, Visayan Tarictic Hornbill and the Pink-Bellied Imperial Pigeon. There are over 100 endangered or threatened animals and birds in their care.

Some of these animals are in the center for breeding purposes. The primary goal of conservation breeding is to increase the numbers of a particular species in a controlled environment where the animals can have a better chance of survival. Eventually, the captive-bred species would be re-introduced into the wild, but only if the habitat has adequate resources for their survival and safe from destruction and hunters.

There plenty of flora and fauna there, too.

As the NFEFI-BCC also advocates for the saving of the forests and educates the public on how to take care of the environment, the Foundation has it in the pipeline an Adopt-an-Animal programme whereby individuals, corporation, schools and clubs can adopt or sponsor one of our animals for a modest sum per day.

The Junior Zookeeper Workshop. This photo is from the NFEFI-BCC.

Part of its educational initiatives is its Junior Zookeeper Workshop. The program aims towards having fun, but, at the same time, building an understanding of animals’ needs in the wild and in captivity.

The workshop, held at the center’s compound by the Capital Lagoon in Bacolod City which ran from May 4 to May 8, 2015, was designed to give a greater understanding and appreciation of the Philippine wildlife and what it takes to be a zookeeper. Classes, which are from 1:30 to 4:30 pm daily, will be a mixture of interactive lectures, practical activities, games and hands-on experience in caring for endangered Philippine animals. They encourage problem-solving, discussion and teamwork

To make the most of the experience slots are limited to a maximum of 21 participants. All participants of the course will receive a Junior Zookeeper certificate and the opportunity to enroll as a junior zoo volunteer. The cost is Php2,000 for each participant and includes afternoon snacks, a workshop kit and a T-shirt.  All proceeds will be used for the upkeep of the many threatened birds and animals in NFEFI’s care. To register or for further information, please call NFEFI on (+63-34) 433-9234.

But if you want to support NFEFI in some other way, visit their facility and know how you, too, can help preserve our environment. Your assistance will help save your future and the future of our younger generations. It’s never too late to set things right for our ecology and biodiversity. We can all make a difference for Mother Nature.

Butterflies and small animals, like in this photo, are seen roaming the compound freely.

18 thoughts on “Negros Forests and Ecological Foundation: Nature in the City”