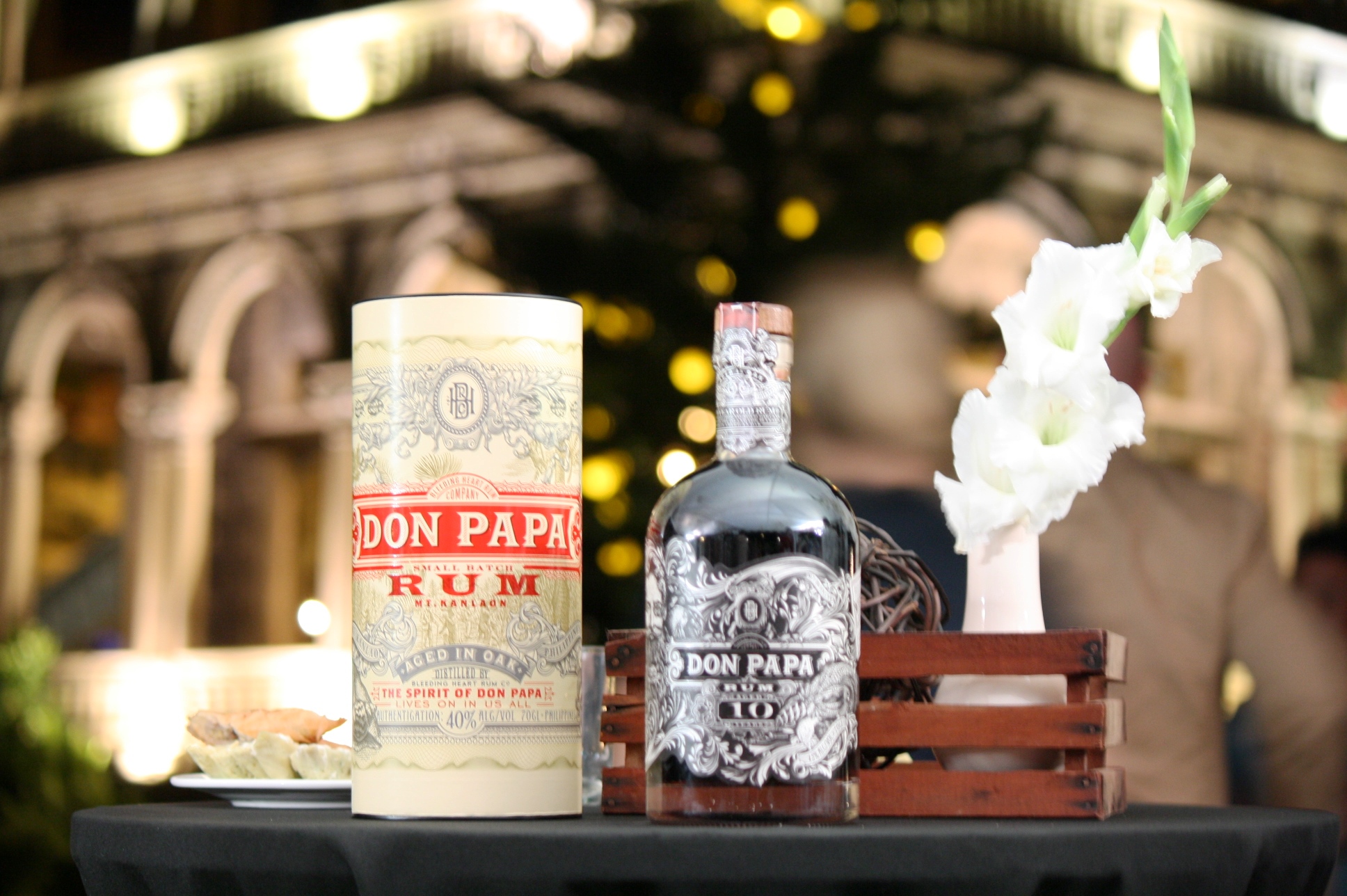 I recently attended an event by Don Papa Rum set in a beautiful garden  spot with the classic Ruins of the Mariano Ledesma Lacson Mansion at the backdrop and the night sky and glittering stars above us. Don Papa Rum or the Don, sat on the cocktail tables, looking at home in the island of Negros. And it should be because the rum traces its roots in this very land, the sock-shaped island of Negros in the Visayas part of the Philippine archipelago.

The facade of the Ruins

Another angle of the Ruins.

The left side of the Ruins.

Foreigners and locals gathered at the event held in Talisay City. But the single question that seemed to be lingering in everyone’s mind was “Who is Don Papa?” Apparently, Don Papa Rum got its name from known rebel, healer, and shaman — Papa Isio (“Isio the Pope” in Hiligaynon language), or Dionisio Magbuelas, who was also the  leader of a group of babaylanes in Negros. He played a role in the Philippine Revolution in the late 19th century to the early 20th century as he revolted against the Spanish rule.

The fountain near the entrance of the Ruins.

A closer look of the arches.

Don Papa Rum, on the other hand, revolutionizes rum drinking as it embodies the spirit of independence, brazenness and impartiality of Papa Isio. According to its site, “Don Papa is a premium aged small batch rum from the isle of Negros (Occidental), the Philippines. Distilled from some of the finest sugar cane in the world, Don Papa is first aged 7 years in oak barrels in the foothills of Mount Kanlaon before being blended to perfection.”

For those who are not familiar of our province, Negros Occidental, which occupies the western half of the Negros Island, it is the sugar capital of the Philippines. Sugar cane production has been in existence for centuries in this island because its geography, climate and fertile soil from Kanlaon volcano make it suitable for the plant to flourish. By the way, you can definitely enjoy a vacation in Negros as there are cheap flights and affordable hotels & resorts in the province.

Aged in the foothills of Mount Kanlaon, Negros Occidental, Philippines.

From this sugar cane product, mixed with flavors like honey, vanilla, and candied fruits, comes the smooth, rich-textured Don Papa Rum. Apart from the classic Don Papa Rum, there’s also Don Papa Rum 10, which is aged for 10 years. The rum can be mixed for various cocktail drinks and Don Papa has enlisted young mixologist Kathryn Eckstein, along with its global brand ambassador, Matthias Cadéac d’Arbaud, for recipes using Don Papa Rum. Don Papa Rum’s founder Stephen Carroll was also present at the event. They have already launched the rum in different countries in Europe  – UK, Italy, Germany, Czech Republic, and Belgium, as well as in Scandinavia.

Guests wait for the their mixed drinks.

Don Papa is the highlight of the night.

During the cocktail gathering, I tried the Ka-pag Serious Ka (literally means “when you’re serious”), which was soothing to the taste with a bit of tang to keep you wanting for more. Below is the recipe, which can be found in Don Papa’s website.

Muddle for 10 seconds, add 3 large ice cubes and shake. Pour everything out into a low ball glass and top it off with soda water. Stir.

The ingredients of my cocktail drink.

After the cocktails at the garden, we gathered inside the Ruins for a sumptuous dinner as we were serenaded by a group of locals. Don Papa Rum ambassador Matthias, who is also the former guitarist of French indie rock band Rock&Roll and now a mixologist, gave us a sample of his musical skill as he jammed with the local band.

Matthias jams with the band.

It was a night to remember. A night that gave pride to Negros. A night that brought the local taste to the international scene with the collaboration of local and global experts in rum drinking. And so, the spirit of Don Papa lives on in us all.

The spirit of Don Papa lives on.