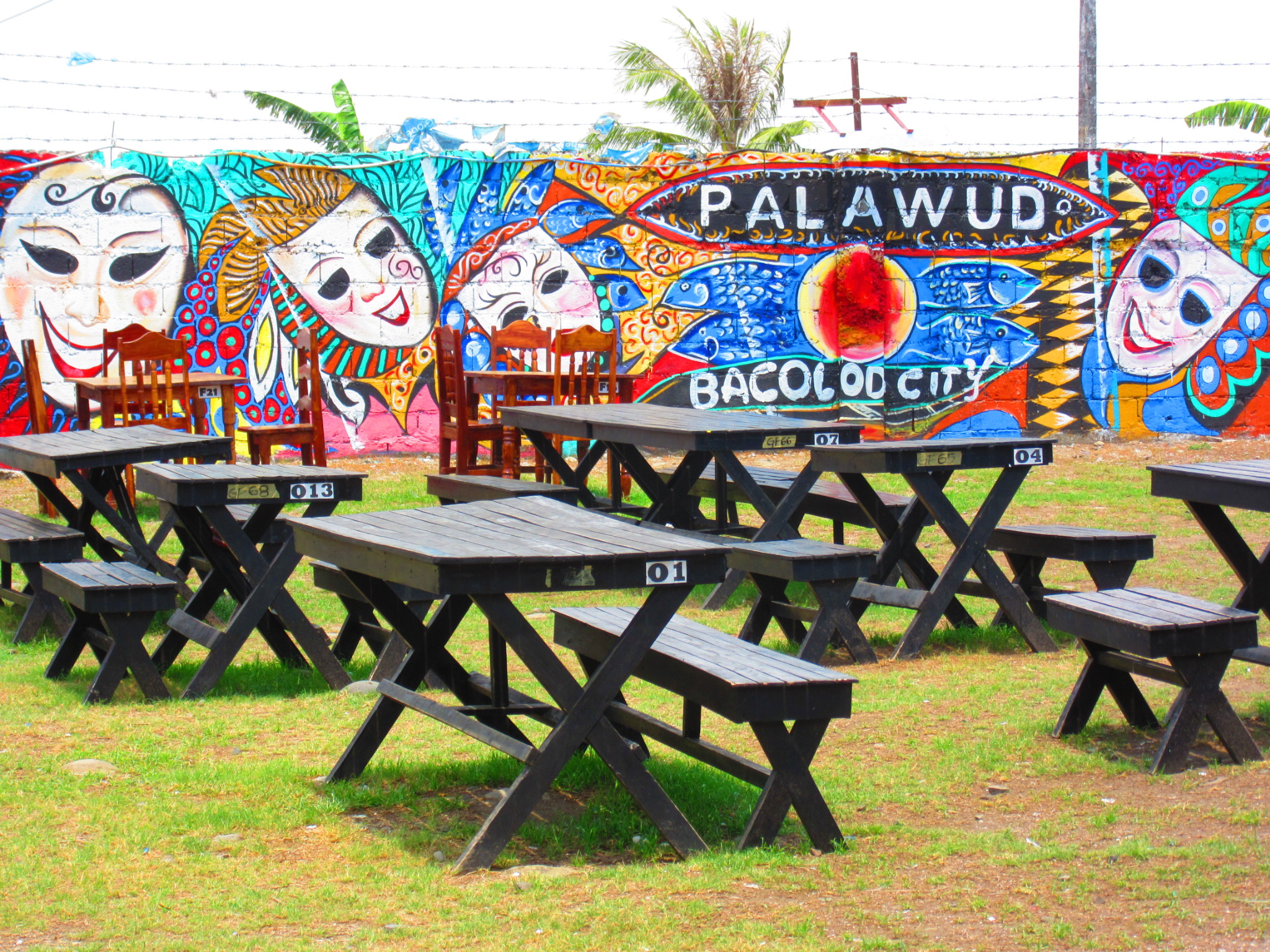 I have heard of the word “lawud” when I was still a child when fishermen manning my auntie’s boats would leave at sundown to the deep sea. Yes, “lawud” is the Hiligaynon word for the deeper part of the sea. The name Palawud for this restaurant located in Brgy. Banago in Bacolod City, Negros Occidental, Philippines is very apt because it is situated by the sea near the Banago port area. “Palawud” literally means going towards the sea.

Dine with the view of the sea.

This area is like a large boat, but the roof and curtains seem to be blocking the breeze.

From the downtown area, we called Faith Taxi to take us to Palawud Resto Grill and Bar. From the Bacolod City Plaza area, we just went through San Juan Street straight to Palawud. There was a simple signage outside and we entered what looked like an empty lot. The driveway from the gate entrance to the restaurant was quite a bit distant if one will just have to walk. From the outside, it looked unassuming but as we neared the restaurant, we found some al fresco dining, some with roof, others are just picnic tables that look out to the sea. There was also a covered dining area which looked like a boat but the breeze was cooler at near the cashier area so we decided to sit there.

The food were fresh seafood which are cooked as soup, grilled, and sizzling. We got some calamares, sizzling shells, buttered garlic shrimps and butter garlic crabs. They also have fresh coconut juice that you can drink straight from its shell, as well as fresh fruit shakes. For the five of us, our lunch amounted to around PhP 1,600 (app. USD 34.78). The restaurant claims to have one of the best boodle food in the city, but we haven’t tried this out.

As we were eating our lunch, there were kids who were swimming at the sea. The view though is more of the industrial parts of the ports – BREDCO at the left side and Banago at the right. Nevertheless, Palawud makes the ambiance artsy with its colorful mural along the length of its walls. I can imagine how the place can be livelier at night when it is well-lit and people dine under the stars.

The murals on the wall.

Children play and swim at the sea.