The Sky Lanterns in Shifen 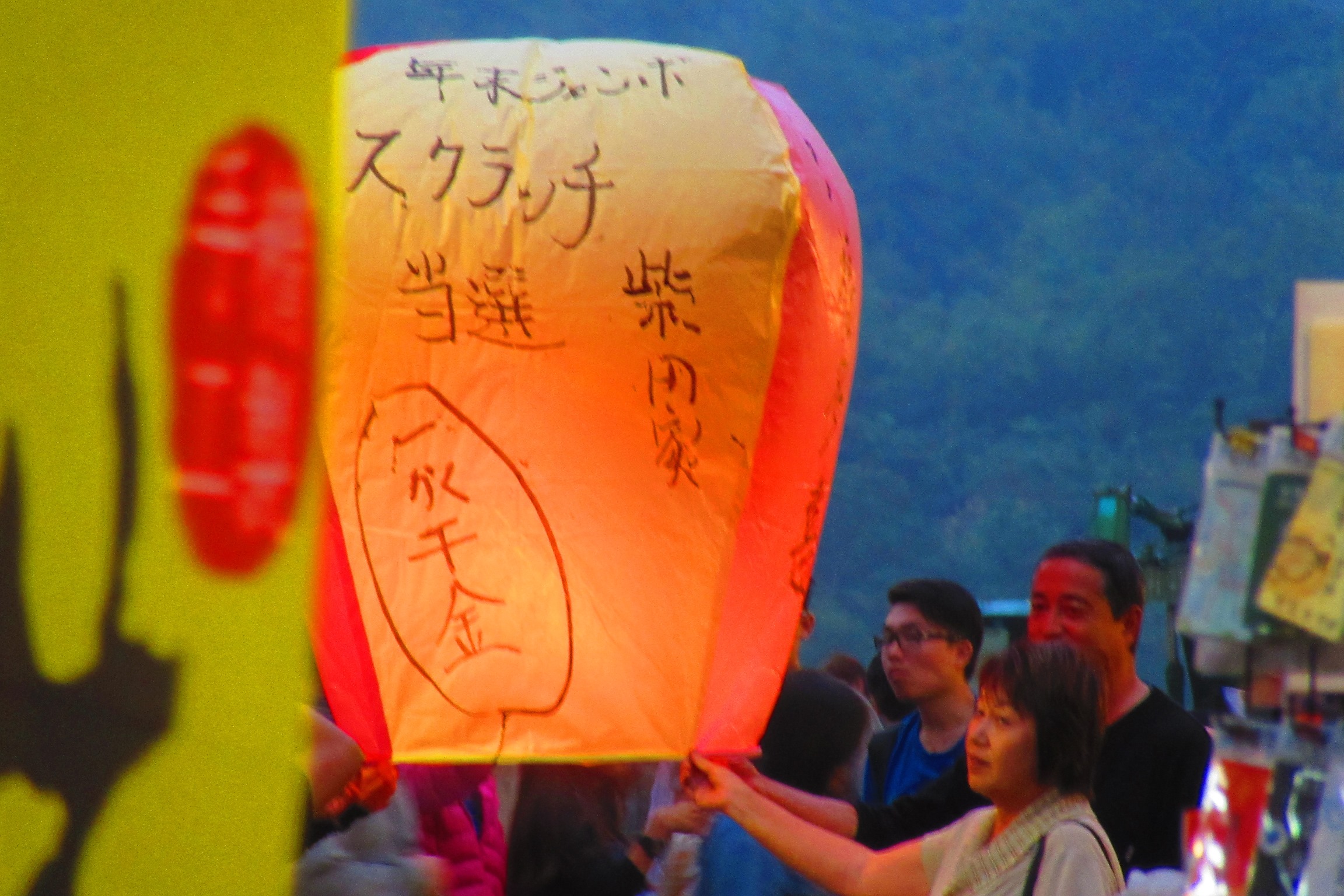 Releasing wishes to the heavens through a sky lantern is a popular tradition in Asia. In fact, it has also slowly becoming a trending group event in the Philippines. In Taiwan, there is a Sky Lantern Festival and even when it is not the season for the festival, locals and tourists alike converge at the Shifen Old Street near the Shifen Station , which is part of the Pingxi Line.

The coal mine museum.

The train is coming!

We parked at the Coal Mine Museum and worked towards the railway. I saw rows of bamboo sticks being hung on the side of the street, the sound of cheers and laughter filling the air. From afar, sky lanterns were being released one by one. As we walked closer to the source of the sound we saw that they were releasing the sky lanterns along the railroad tracks. On both sides of the tracks were rows of shops selling lanterns, food, and all kinds of souvenir items.

A map of the area.

Message on a bamboo stick?

We were led to a store and we were given a menu of the different colors of the sky lantern and what they mean. We picked pink, which I think represented “bliss”. The lantern has four sides where we could write our wishes an prayers on.

Stores sell sky lanterns where you can write your wishes or prayers.

I was handed the brush, being the designated artist in the group. I drew our faces with our names under it, including our “home-based guide”, the one who started the idea of this trip – Cheya – and that of our driver and guide, Peter.

The other side was about our prayers, wishes and those of our friends.

General wishes for us and for our friends.

The third side was the names of our family members whom we also prayed for.

Names of our family members.

And the last side was our wish for our country, the Philippines.

A wish for the country.

Once we were done, one of the local coordinators beckoned us to take our spot along the railroad tracks. He choreographed our shots, making sure that all sides of our lantern was photographed. Eventually, he lighted our lantern and instructed us to release it to the sky. And up went our sky lantern until it became a tiny dot and the clouds swallowed it.

We walked further to check the stores. At the end of the rows of stalls, there was a hanging bridge which was also filled with people. Though night has not yet fully descended, the gloomy sky indicated that it was time for us to go. We traversed our way back at the opposite side of the tracks towards the parking lot at the coal museum where Peter was waiting for us.

There it goes to the sky!

He drove us back to Taipei, to our hotel, where neon lights have filled the cityscape. Somewhere up there, beneath the stars, our wishes and prayers are being sent to Someone above. For more of our photos, visit my Facebook page album.

One thought on “The Sky Lanterns in Shifen”