The Trail of General MacArthur 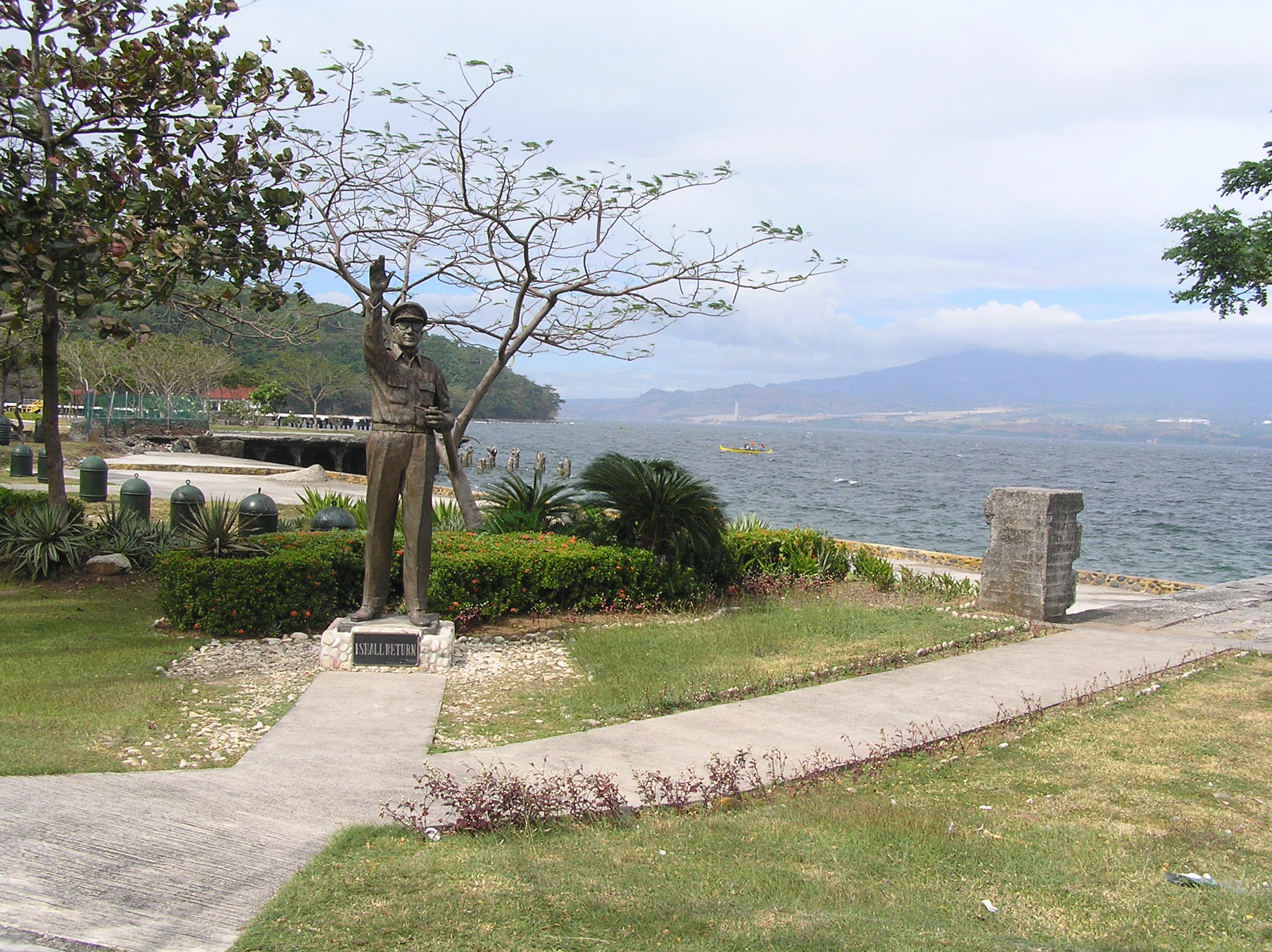 General Douglas MacArthur was a celebrated World War II hero that played a significant part in Philippine history as he led the American troops against the Japanese army. I read about him in the pages of history books but I haven’t so much paid attention to his life in the Philippine soil. But through my travels around the country, I have come to encounter the shadows of Gen. MacArthur, tracing his footsteps as he left an indomitable mark in these places.

I have visited Corregidor three times, yet every tour around this tadpole-shaped island always reveals a new interesting facet of this island-fortress. It was during my second visit when I caught sight of a large statue of the general near the Lorcha Dock.

There he stood at the Gen. MacArthur Park, named after him, his hand outstretched as if waving to incoming visitors and bidding farewell to departing guests. Beside his statue was inscribed his famous line “I Shall Return.”

A waving MacArthur is an interesting sight at the Lorcha Dock.

Inscribed, “I Shall Return”.

MacArthur made Corregidor as the headquarters of the Allied Forces where he set up office inside the Malinta Tunnel before he set off to Cagayan de Oro and eventually flew to Australia where he uttered his quotable line. A light and sound show reveal certain events that took place inside the tunnel, including that of MacArthur leading his army during the war.

The Malinta Tunnel has a light and sound show of the WW II events.

Never have I thought that a suite is named after Gen. MacArthur at the over 100-year old Manila Hotel. The hotel itself speaks volumes of stories as it bore witness to the changing landscape of Manila.

Yet, when I have come to work in this prestigious hotel, I was also ushered into the doors of the luxurious MacArthur Suite. For six years (1935-1941), MacArthur and his family made the penthouse atop Manila Hotel’s fifth floor as its home. A trivia in the hotel’s website revealed that: To handle the cost of MacArthur’s suite, he was given the honorary title of “General Manager”. He attended the monthly meetings. He, however, ignored the figurehead status and instead took control of hotel management. MacArthur’s favorite food at the hotel was lapu-lapu, a grouper fish native to the Philippines, wrapped in banana leaves.

To date, the suite holds the many memorabilia of Gen. MacArthur, including one of his military caps and replica of his medals. MacArthur suite has a master bedroom with a dressing room; one guest room; two baths and one powder room; a study room; formal dining room overlooking the bay; well-equipped kitchen; and a balcony with a stunning view of the Manila Bay. Famous personalities, such as former US President Bill Clinton, stayed in this suite.

Finally, I was able to step on the very ground where MacArthur landed upon his return to the Philippines. It was unfortunate though that it was raining at that time, which afforded us with very limited time to enjoy the place.

The inscription at the memorial.

Larger-than-life bronze statues of MacArthur and six of his men behind, stood at the Red Beach of Candahug, Palo. It marked the historic October 20, 1944 landing of the Allied Forces.

The bronze statues also felt the wrath of super typhoon Yolanda as one of them fell. The monument was restored and MacArthur and his men once again stood tall at Leyte’s beach.

Description about the memorial.

There are other areas in the Philippines where MacArthur has set foot on throughout his years in the country. I may be able to visit them someday or I may chance upon MacArthur’s trail in places where I have never been before.

42 thoughts on “The Trail of General MacArthur”