Yehliu and its Rock Images 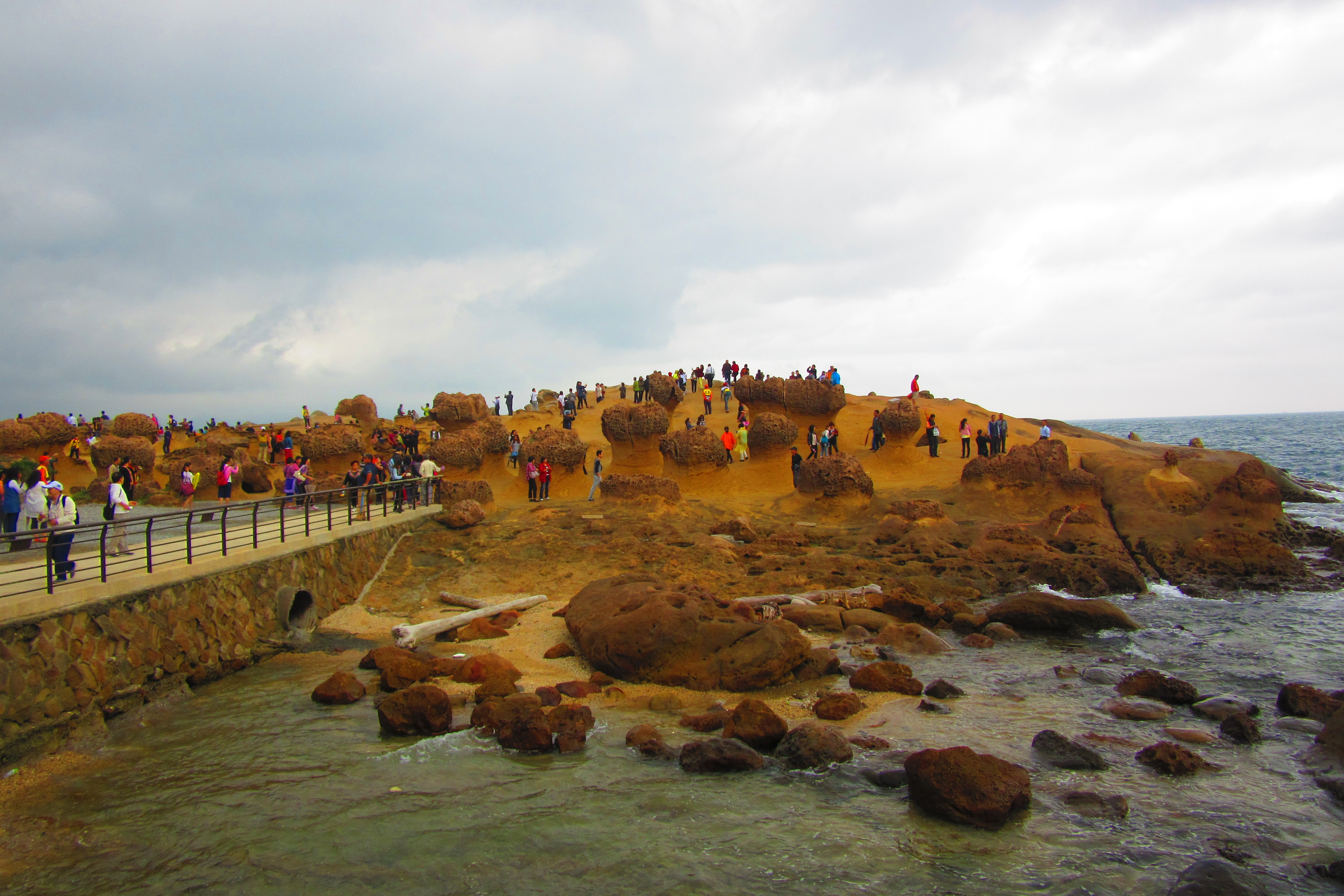 There were mushrooms, candles, animals, profiles of a princess and a queen, a shoe, and so much more. These are the rock formations found in Yehliu Geopark, Taiwan.

After our trip to Xiaoyoukeng and Qingtiangang of the Yangmingshan National Park, it was sort of a long drive going to Yehliu. I have dozed off to sleep along the way, especially that the cloud and the fog have covered the countryside scenery and there was nothing to see during our journey.

The rock formations can go as tall as human beings, and even taller.

Located in Wanli of New Taipei City, Yehliu is a favorite destination for tourists because of its natural attractions. It was a Saturday so our driver, Peter, warned us that there would be throngs of people in this area.

Is that a giant bone? A fossil?

He was right on the mark because when we got to Yehliu, almost every rock formation was covered by groups of tourists. I couldn’t even get a decent picture without having someone get into the frame.

There were smooth surfaces and ragged stones.

Yehliu Geopark is a 1,700-meter long cape that showed remnants of marine erosion, weathering and geological movements. Change constantly occur but there were park employees guarding the area to make sure that visitors do not damage these rocks and contribute greatly to its dynamic evolution.

Do you see the princess?

The most famous and the poster image of Yehliu is the Queen’s head. Here’s a tip: let your imagination run wild so you can see all these wonderful images. Otherwise, all you will see are just rocks and soil.

We exited the complex and was led straight to rows of souvenir shops, mostly selling dried seafood. We also had lunch in one of the stalls where I ordered oyster. Most of the stores we passed by prompted us to sample their goods, which we eagerly did and enjoyed the exercise.

If you plan to visit this place, their website details how to get to Yehliu and the history and information about  the rock formations. You can also view our wonderful photos in my Facebook page album.

14 thoughts on “Yehliu and its Rock Images”