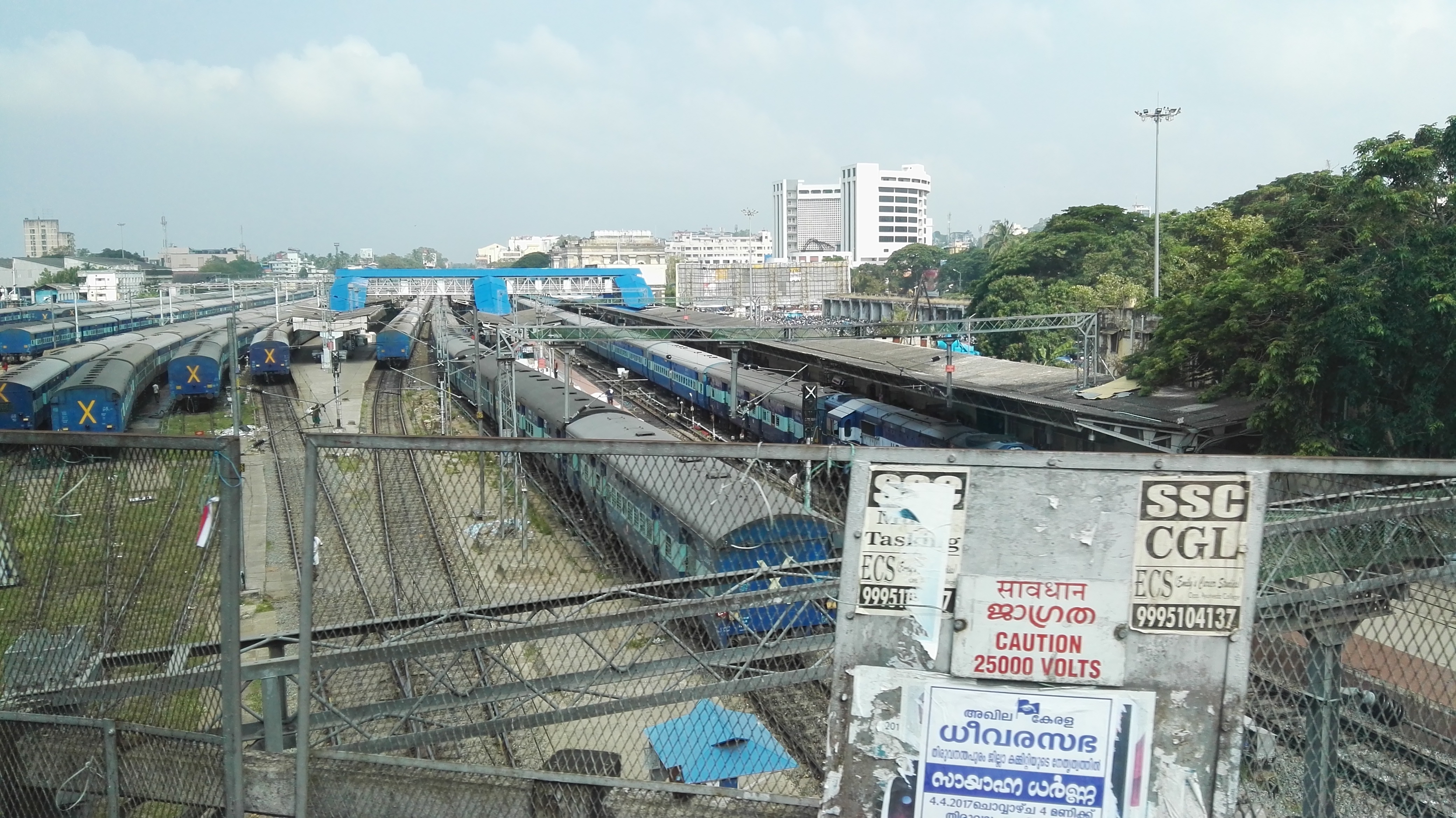 Getting from one city to another by plane may be the fastest way but traveling by train can be a whole lot of fun. I’m the type of traveler who loves to see the scenery, that is why I always prefer the window seat. And train travel gives me that opportunity, less the bumpy ride of a bus or car. Plus, it is more affordable, especially if you need to travel as soon as possible. Let me share with you my five memorable train travels.

My first overnight train travel happened in Thailand. It was unplanned as we were in Bangkok for a conference and we decided to extend our stay and experience the Songkran Festival in the northern portion of Thailand and at the capital of Laos. As soon as we made up our mind regarding this sudden trip, we immediately went to a travel agency and booked our train tickets.

My first train ride. These seats can turn into beds.

We were able to book express tickets aboard the State Railway of Thailand from Bangkok to Nong Khai and special express tickets from Chiang Mai to Bangkok. We left Bangkok at 8:30 at night and arrived almost 9:00 in the morning at Nong Khai. At first, the train’s interior was arranged in a way that seats, which can accommodate at most two people, face each other on both sides of the train.

When it was late at night, the seats were re-arranged by train attendants to make a bunk bed. There’s an upper bunk above the seats-turned-bed, and my ticket indicated that I would be staying at the upper bed. Sleep was comfortable, with curtains to provide privacy to us, passengers. By morning, the scenery was more discernible. We could see houses, farms, children with powder on their faces, and the changing landscape. It was like watching a movie before us.

2.) The Whole Stretch of Java Island from West to East

Having lived in Indonesia, based primarily in the island of Java, for about a year, I have traveled from Jakarta to Yogyakarta and back via train, or kereta api in the local language, for several times. I have also taken the train from Yogyakarta to Solo and onward to Surabaya.

From Jakarta to Yogyakarta, it took us seven to nine hours. The view that greeted us were rice terraces, homes made of terracotta bricks and roofs, mountains and hills, and rivers. However, the train only has seats, like those on airplanes, and are no sleeper beds. There was an instance wherein we had to take a train from Yogyakarta to Solo. Since this was a short ride, which only took us over an hour, the train’s set up was like that of a light railway cart, with long benches on opposite sides with space in the middle for standing passengers. Going onward to Surabaya from Solo was approximately four hours and we were able to get executive seats (airplane style of seating).

The good thing also about train travel is you get to see a glimpse of the local way of life as they board and get off from one stop to another, how they interact with each other, their reactions to certain circumstances, and the topics that they usually discuss.

3.) Express Travel from Guangzhou to Shenzhen

It was a comfy ride, more than an hour, from Guangzhou to Shenzhen. The seats were well-maintained and clean. The stations were also neat, with staff who were willing to lend a hand.

The train that we took from Guangzhou to Shenzhen.

As we left Guangzhou, we passed by towns and cities, with high rise buildings and organized street traffic. There were landscapes wherein we saw only greens, which was a refreshing view in-between towns that we passed through.

Going back to Guangzhou was a relaxing train ride. We dozed off the entire trip. That’s how comfortable it was.

Of all my train travels, I enjoyed my Amtrak ride from Los Angeles to San Francisco the most. Although it wasn’t a sleeper train and the toilets were no longer usable in the middle of the journey, I was fascinated more with the scenery and the experience, which I wrote in detail in my other blog post.

It was a nine-hour journey and had three legs. There was a bus ride from downtown LA to Bakersfield and another one at Emeryville to downtown San Francisco. Along the way, the landscape changes. And I had a wonderful chat with the women with whom I shared a table with.

The bus from LA to Bakersfield.

The view onboard Amtrak going towards Emeryville.

It wasn’t an easy train travel as tickets were sold out due to the Shanghai World Expo. From Xi’an, we took a night train to Beijing, stayed a few days at the capital, and went our merry way aboard another night train to Shanghai. The train stations in Xi’an and in Beijing were crowded. And they weren’t clean. Language was also an issue. And their culture allows people to cut through the line.

Sleeping on trains can save you on accommodations.  On our way to Shanghai, we got the sleeper train where I stayed on the third level of the bunk beds. Yup, I climbed all the way to three levels of beds. I didn’t mind because I had more privacy up there than for those in the lower two levels.

Up at the third deck during our Beijing-Shanghai train ride.

It was more than six hours of travel from Xi’an to Beijing and we hardly saw any scenery because as soon as the sun came up, we were already approaching the capital. The Beijing-Shanghai leg was even longer, with over seven hours on the tracks.

At the upper deck during our Xi’an to Beijing.

I wouldn’t hesitate to take a train again during my travles in order for me to get to other cities. I like the views I see and the leg room and space it provides, unlike when you travel by bus. I hope to expand this list someday and will be able to share more stories and experiences of my train travels.

20 thoughts on “My 5 Memorable Train Travels”